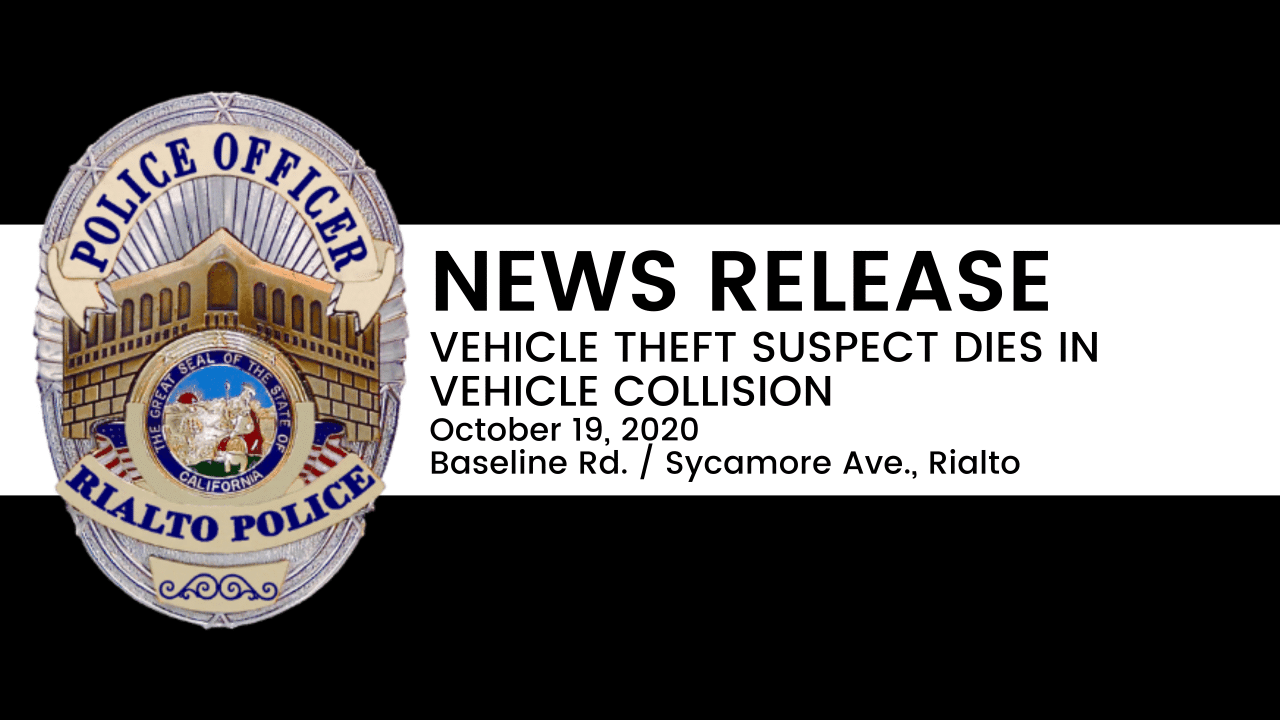 On Saturday, October 17, 2020, at about 5:35 p.m., the Rialto Police Department received several 9-1-1 calls reporting a three-vehicle traffic collision that occurred in the intersection of Baseline Road and Sycamore Avenue. Officers responded to the scene and confirmed three vehicles were involved in a major collision.

The driver of a red 1999 Acura Integra was later identified as Eduardo Sandoval, was unresponsive and critically injured. Officers learned that Sandoval had stolen the Acura from a laundromat in the 400 block of W. Baseline Road moments before the collision. The drivers of the two vehicles Sandoval collided with sustained minor injuries and were transported to local hospitals. Sandoval was transported to a local hospital where he was pronounced deceased 6:21 p.m.

The Rialto Police Department’s Major Accident Investigation Team is conducting the investigation. The Rialto Police Department requests that anyone who may have information related to this incident call Traffic Corporal Ron Russo at (909) 421-4981. Witnesses can also anonymously report information through WeTip at (800) 782-7463, reference case #932008388.