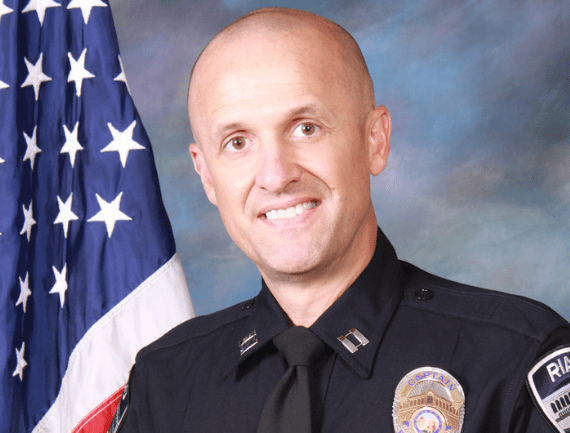 VISIT THE OPERATIONS DIVISION PAGE
Captain Adams began his law enforcement career in 1995 with the Los Angeles Police Department.  He was hired by the Baldwin Park Police Department in 2000.

During his career, he has had the opportunity to work a variety of assignments, including gangs, narcotics, and general investigations. He served on the SWAT team as a scout, sniper, team leader, and team commander.

He was also a pistol and rifle instructor and was the department range master.  He was awarded the Medal of Valor for preventing the murder of a police officer by a gang member in 2006.

Captain Adams served in the United States Marine Corps Reserves from 1993 to 2000 as an anti-tank missile operator in a light armored reconnaissance unit.

Captain Adams obtained his Master of Science degree in Law Enforcement and Public Safety Leadership from the University of San Diego.  He is a graduate of the Sherman Block Supervisory Leadership Institute and also holds a POST management certificate.