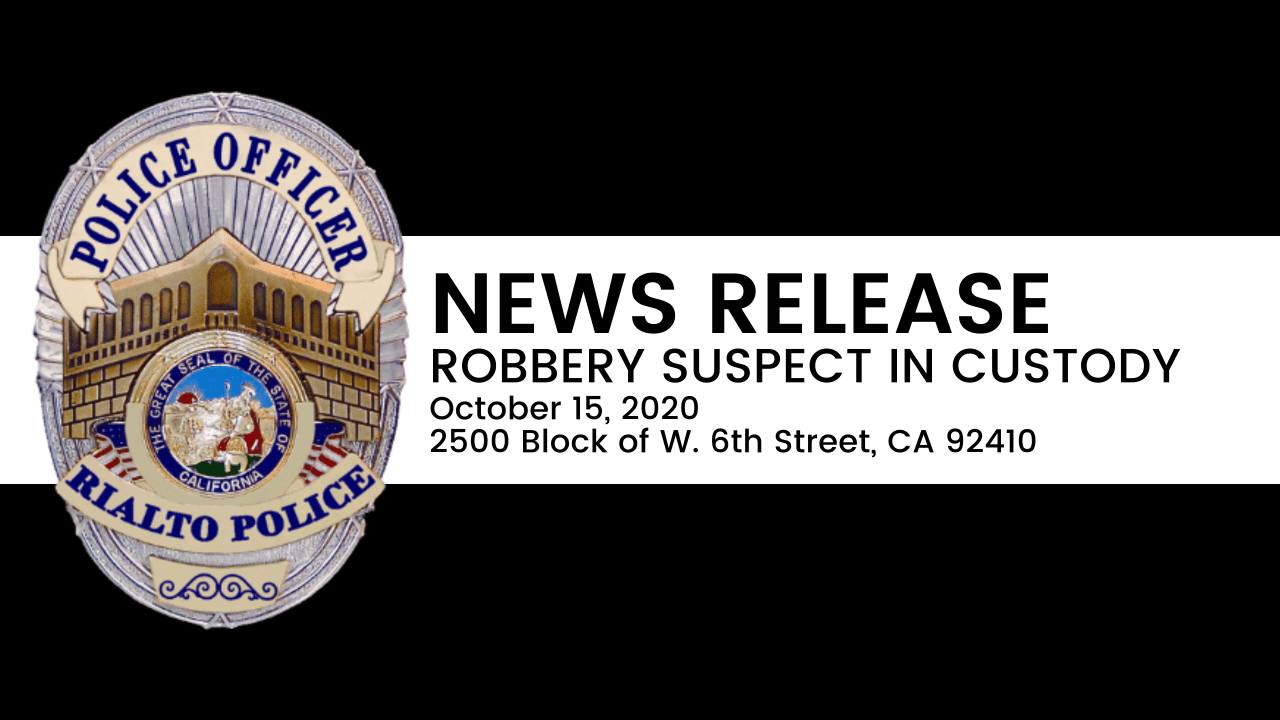 A San Bernardino man is in custody for robbing two Rialto 11-year-old girls at gunpoint. On Saturday, October 10, 2020, at 5:10 p.m., two female juveniles were robbed at gunpoint in the 400 block of N. Sycamore Avenue in the City of Rialto.

The victims reported the suspects drove up and parked in their pathway. David McClain exited a Burgundy Honda Accord, armed with a handgun and forcefully took jewelry from the juveniles. On October 13, 2020, at about 7:00 p.m., Officer Valtierra located McCain driving on Meridian Ave. near 5th Street in the City of San Bernardino. A traffic stop was made and McClain immediately fled on foot. After establishing a quick perimeter, McClain was taken into custody in the 2500 block of West 6th Street in San Bernardino. McClain was booked into the West Valley Detention Center for robbery, assault with a firearm, felon in possession of ammunition as well as a felony warrant and active parole hold. McClain is being held without bail for the parole hold.

The second suspect is still outstanding and has not yet been identified. Detectives believe there may be more victims of similar crimes committed by McClain and urge anyone with information to please call Sgt. James Mills (909) 820-2632 or anonymously through WeTip at (800) 782-7463 reference case number 932008157.