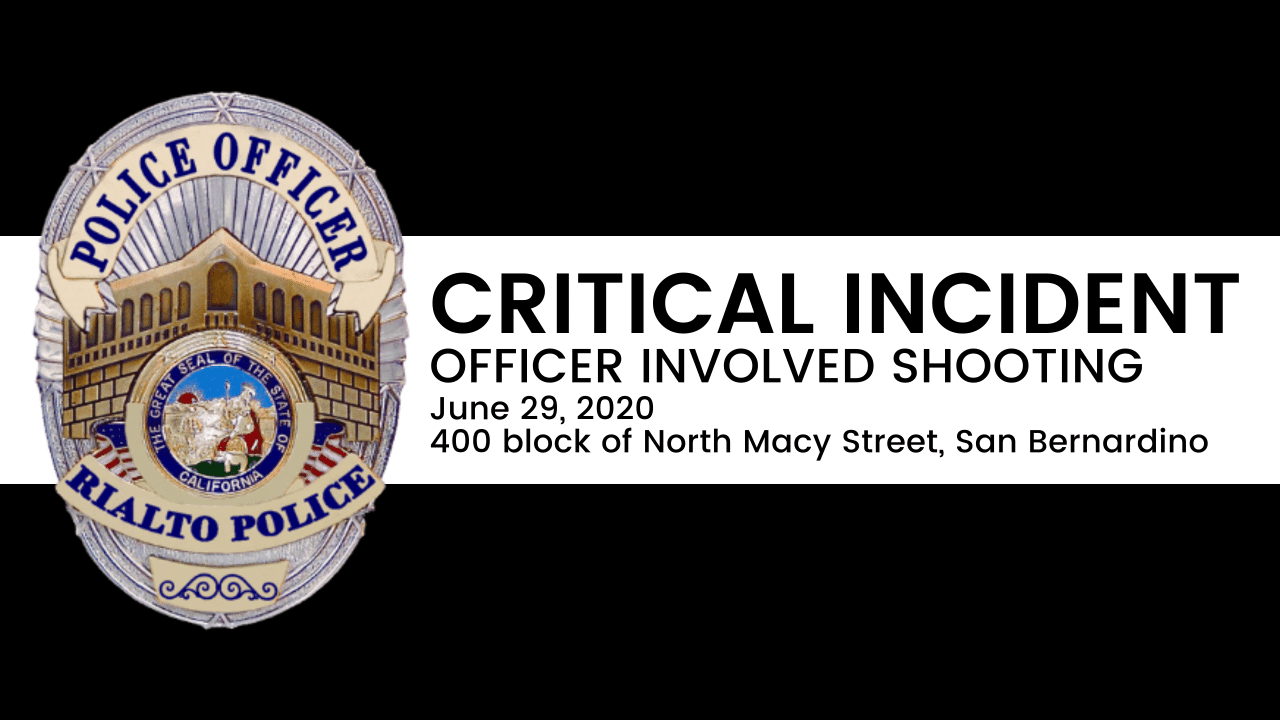 Suspect: Lawrence Bender, 29-year-old (28 at the time of the incident) resident of San BernardinoIncident Synopsis

On Saturday, June 29, 2019, at approximately 8:11 p.m., Officer Michael Babineaux from the Rialto Police Department was involved in a confrontation with Lawrence Bender in the 400 block of North Macy Street in the city of San Bernardino. During the confrontation Mr. Bender lunged toward Officer Babineaux and swiped at his firearm, resulting in an officer-involved shooting. Officers immediately rendered medical aid to Mr. Bender until fire department personnel and paramedics arrived. He was transported to a local hospital where he was treated for two gunshot wounds.

*NOTE – The date displayed on the body-worn video recording of this incident is UTC, also known as Coordinated Universal Time.Media Contact