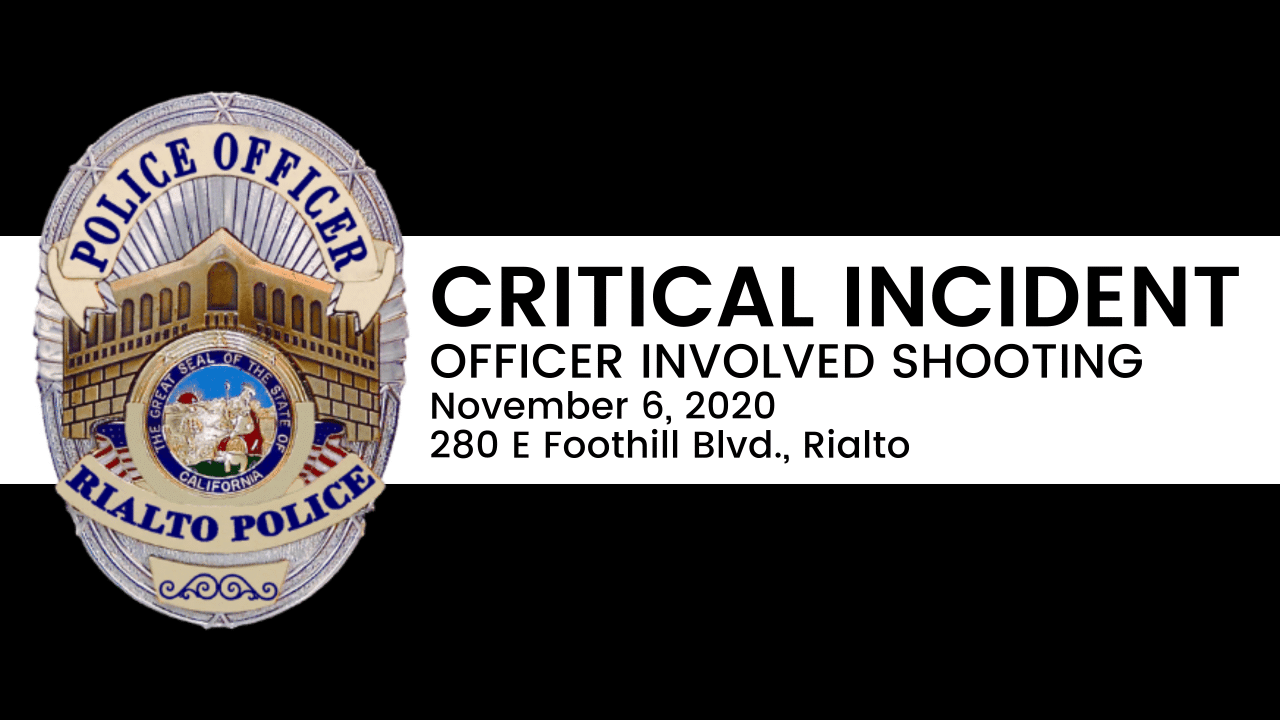 On Friday, November 6, 2020, at approximately 6:21 a.m., officers responded to USA Gasoline (280 E. Foothill Blvd., Rialto) after a male reported he had been shot by an unknown subject.

As officers remained on scene to conduct the investigation, a male – later identified as 26-year-old David Viveros of San Bernardino, approached one of the officers while he was seated in his patrol car and violently attacked him while armed with a knife.

Two additional officers ran over to assist, deploying a taser two times, which was ineffective. Viveros continued to attack the officers while armed with the knife and stabbed one of the officers in the abdomen.

One of the officers fired several rounds at Viveros, who ultimately succumbed to his injuries despite lifesaving efforts by the officers on scene.

Two officers were transported to a local hospital after receiving injuries; one officer remains in the hospital and is expected to recover from his stab wound.