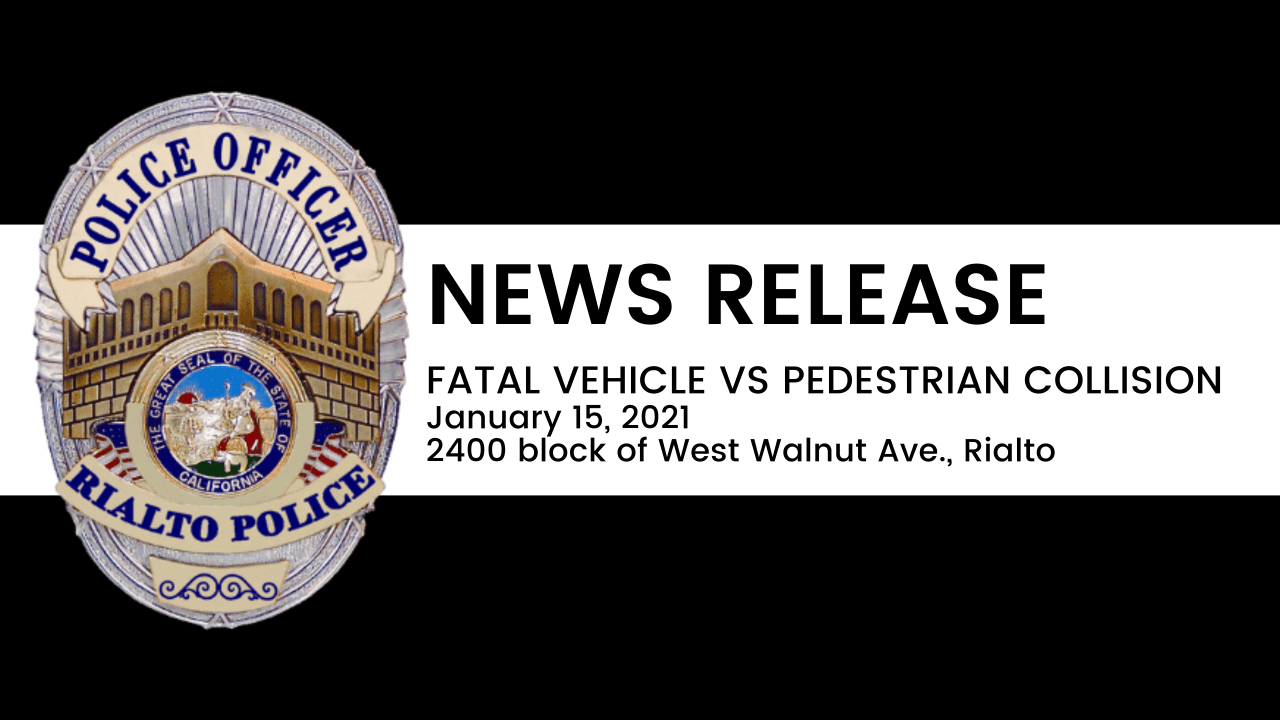 On Friday, January 15, 2021, at approximately 5:08 a.m., the Rialto Police Department received several 9-1-1 calls reporting a traffic collision in the area of Walnut Ave., west of Alder Ave. in the City of Rialto. Officers responded to the scene and found an injured female lying in the roadway. Paramedics from the Rialto Fire Department arrived on scene and transported the injured female to a local hospital, where she succumbed to her injuries at 6:26 a.m. The decedent was identified as 55-year-old Gail Hansen Amos from San Bernardino.

The Rialto Police Department’s Major Accident Investigation Team responded to the scene and is conducting an investigation. Through roadway evidence and witness statements, investigators determined a black Honda Accord driven by Marco Burgos, was traveling in the westbound lane of Walnut Ave. from Alder Ave. Felipe Santoyo was traveling westbound in a gray Nissan pickup directly behind the black Honda. As both vehicles continued westbound, Hansen-Amos walked northbound away from her parked car into the lanes of traffic where she was struck by both vehicles.

The Rialto Police Department is requesting that anyone who may have information related to this incident call the Traffic Division at (909) 421-4981. Witnesses can also anonymously report information through WeTip at (800) 782-7463, reference case #932100416.

END_OF_DOCUMENT_TOKEN_TO_BE_REPLACED

On Tuesday, August 2, 2022, the Rialto Police Department invites members of our community to celebrate National Night Out. This annual, nationally…