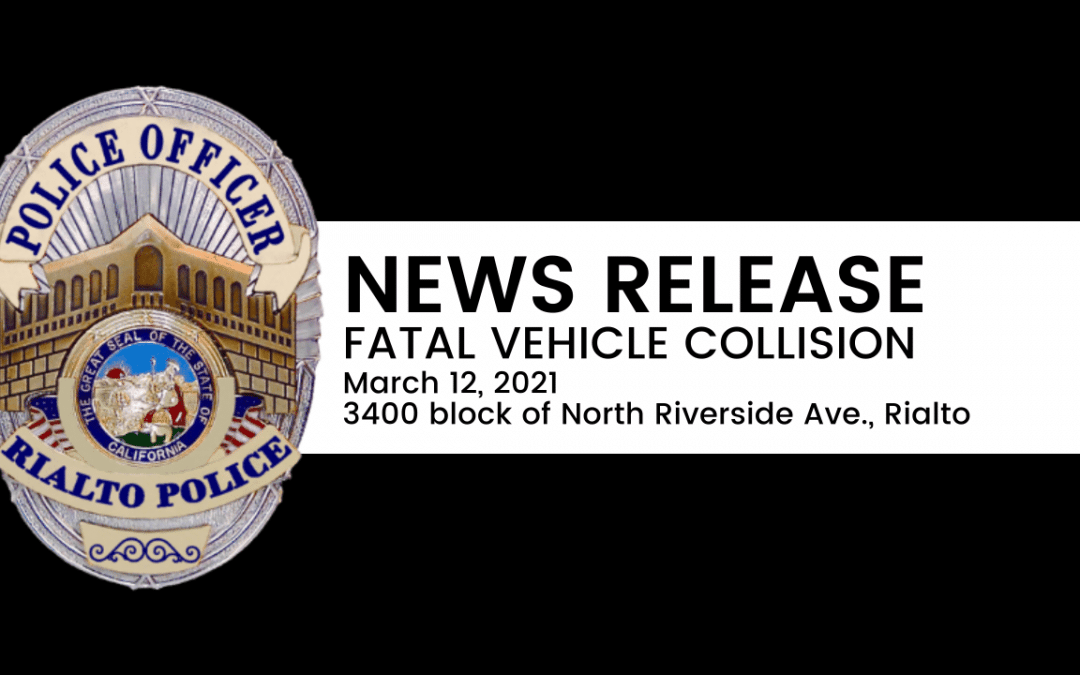 On Friday, March 12, 2021, at approximately 5:34 a.m., the Rialto Police Department received several 9-1-1 calls reporting a traffic collision on Riverside Ave., south of Alder Ave. in the City of Rialto. Officers responded to the scene and found a deceased male (identified as Tangi Holani) lying on the east shoulder of Riverside Ave. Paramedics from the Rialto Fire Department arrived on scene and pronounced Holani deceased at 5:50 a.m.

The Rialto Police Department’s Major Accident Investigation Team responded to the scene and is currently conducting an investigation. Through roadway evidence and witness statements, investigators determined Holani was driving southbound in the #2 lane of Riverside Ave. from Alder Ave. in a silver Chrysler PT Cruiser. Witnesses stated that Holani was traveling at a high rate of speed and transitioned into the #1 lane in an attempt to pass a black Toyota Camry. Holani’s vehicle abruptly swerved to the right and jumped the west curb of Riverside Ave. Holani’s vehicle collided with a block wall and a tree, causing him to be ejected from his vehicle and onto the northbound lanes of traffic. Holani was struck by a silver Toyota Camry, traveling northbound on Riverside Ave. There were no other injuries associated with the collision and the drivers of the Toyota Camrys remained at the scene until officers arrived.

The Rialto Police Department is requesting that anyone who may have information related to this incident call the Traffic Division at (909) 421-4981. Witnesses can also anonymously report information through WeTip at (800) 782-7463, reference case #932102117.