Arrest of Shawn Monaco for 2018 Murder 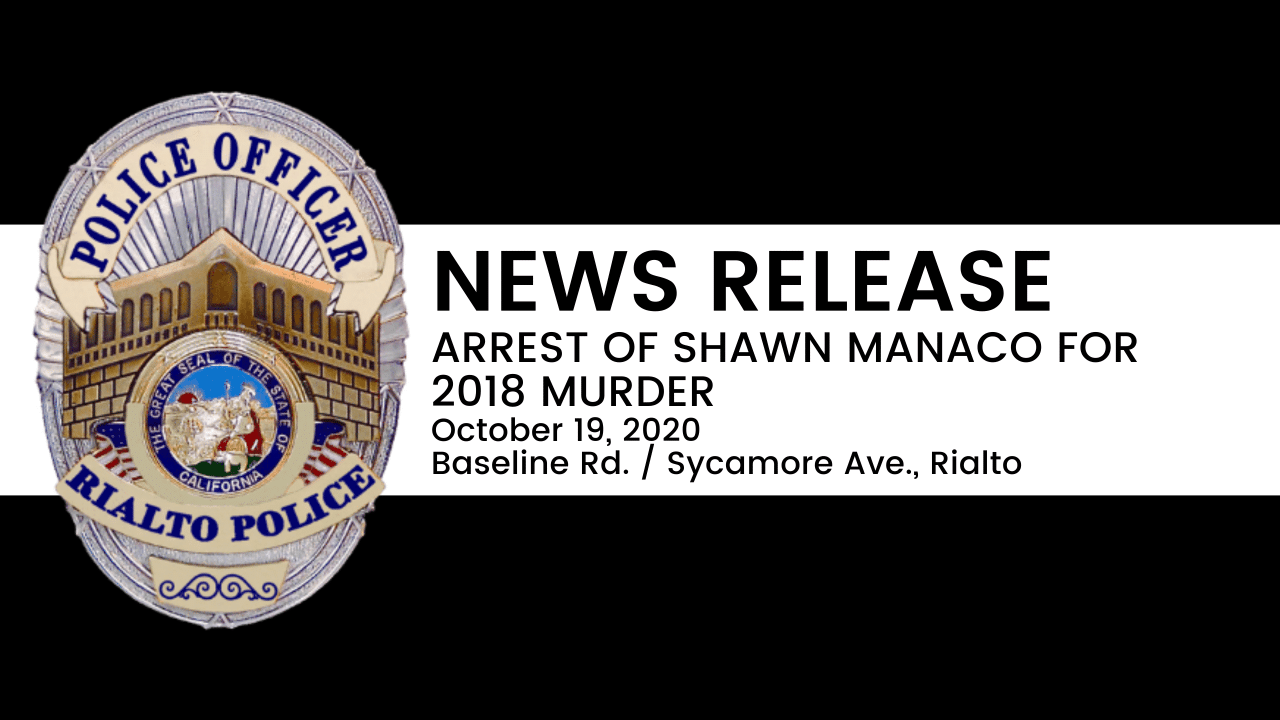 On November 9, 2018, at 11:00 p.m., Johnny Hausman was shot behind a business in the 200 block of West Foothill Blvd and later died as a result of his injuries. Detectives from the Rialto Police Department responded to the scene on the night of the homicide and initiated a murder investigation. Shawn Monaco was subsequently identified as a person of interest and soon thereafter moved to Utah.

After nearly a two year investigation, detectives gathered enough probable cause to obtain an arrest warrant for Monaco. On August 18, 2020, at 1036 a.m., Special Agents with the United States Marshals Service, Regional Fugitive Task Force located Monaco at his place of employment in Utah and took him into custody without incident. Monaco was booked into the Salt Lake County Jail in Salt Lake City, Utah where he awaited extradition to San Bernardino County. On Thursday, November 12, 2020, Monaco was extradited to San Bernardino County by Rialto Police Department detectives and booked into the West Valley Detention Center at 11:32 p.m. Monaco is currently being held on murder charges and has a bail set for $2,000,000.

END_OF_DOCUMENT_TOKEN_TO_BE_REPLACED

On Tuesday, August 2, 2022, the Rialto Police Department invites members of our community to celebrate National Night Out. This annual, nationally…