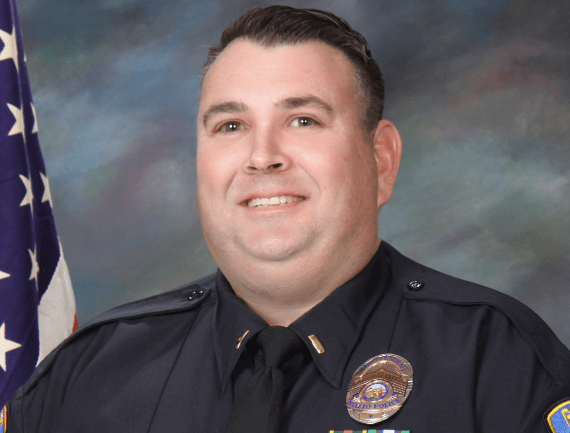 Lieutenant Smith is a watch commander.

Lieutenant Robert Smith has four years of active duty service in the United States Marine Corps. He was involved in “Operation Restore Hope”, Somalia, while assigned as an infantryman in 2nd Battalion, 5th Marines. Lieutenant Smith received an Honorable Discharge and began his law enforcement career in the City of Rialto. He also served as a police officer for several years with the City of Placentia. The majority of his 18 plus years of law enforcement experience has been with the City of Rialto.

Lieutenant Smith possesses a Bachelors of Science degree in Workforce Education and Development, which he earned at Southern Illinois University. He attended the POST Supervisor course and holds his POST Supervisory Certificate. Lieutenant Smith has held a variety of assignments, to include: Patrol Officer, Traffic Officer, Field Training Officer (FTO), SWAT – Crisis Negotiations Team member, SWAT – Crisis Negotiations Team leader, and Volunteer Coordinator. Lieutenant Smith has served as the department’s representative for the planning of the City of Rialto’s Centennial Celebration, Special Events Committee, and Traffic Commission. He is also a former President of the Rialto Police Benefit Association.